Bangkok Expat Life
Home Thai Girls Thai girls – What Kind are They?
Facebook
Twitter
Pinterest
WhatsApp
I will just get into the topic quickly as I know that you would be excited to know what kind of girls are THAI girls???
All Thai girls are not whores just as all bad people don’t do bad things all the time.
One thing I would like to mention is that they are definitely different from others. However, one thing that I want to mention is that they do not like to admit their mistake at all (I don’t want to be judgmental though). If they make any mistake they will continue to lie but never admit the fact that they have done something wrong and would like to apologize.

Some attributes of Thai girls have been discussed below which can help you know and understand Thai girls or their culture (It’s a part and parcel of both) better.

City girls are quite different from country girls. City girls especially Bangkok girls are sophisticated and most of them are not allowed to have a boyfriend other than Thai Chinese. They usually end up getting married to Thai Chinese guys which is a shame. However, in the recent years I have seen a lot of guys hanging out with Bangkok girls and getting married to them but, 10 years back it was not common for Bangkok girls.Country girls just want to rip off foreigners and city girls are a little better. On the contrary, I’ve also met few country girls who are from strict families and aren’t allowed to go out with foreigners. (now that’s confusing), but there aren’t many country girls in this category.

Another thing about Thai girls is that they can’t adapt to different cultures, societies. How many times have you met a Thai living abroad? Thais are usually happy living within their community and enjoying their own culture and tradition. They love their food and the young generation is crazy about the North east Asian or western songs, bands ( Korean, Japanese, western). They are proud of their culture which is definitely great but it would be hard to find a Thai who is flexible and is ready to except a lot of new things about different cultures (The young generation surely does but there aren’t many). How many times I have seen a Thai girl and a white guy going out to some restaurant and Thai girl eating her noodles and her boy friend having some steak. (You see it right on the table)

They love their families and love to visit them often. They love long dinners with family and don’t like to work hard. I would say that Thais don’t have passion to do anything in life (Sorry to say that but I haven’t met a Thai who is passionate about doing something big in life – You won’t find many Thais). Don’t take me in a negative way but it’s hard to see a genius person in this country with a passion to do something big. Its not their fault as well as the whole upbringing of a child is completely different from other countries.

Again it comes to city girls and country girls. City girls are committed to a relationship but country girls are a bit dodgy to be honest. I am talking in general and I am sure not all country girls in Thailand are like this. However, from my experience and my friends experiences I have seen that Thai girls line up guys for themselves before breaking a relationship. It might be because they are afraid to live alone so they tend to line up guys for themselves to be on a safer side.

They just love having conversation about FOOD!!!! They’re not confident about their English speaking abilities except for the bar girls (So, if you can say your English is good – They get happy about it). Bar girls are fluent in English because English being a business language and they are going to miss on a lot of income if they can’t speak English.

Most of the Tourists who come to Thailand for fun think that all Thai girls are whores, but this is definitely not the case. A huge population of Thai girls work in the sex industry but that doesn’t mean every girl is like this. (You have to respect every girl).
So it would be better not to make judgement without knowing anything. A western guy can’t take her Thai wife back to his country just because what his family, friends and other people would think shit about him

Thai girls needs a lot of attention from their partner. Going out, spending time together with their partner is the top priority for them. If their partner doesn’t or couldn’t give enough time to them then they go look for Giks ( a guy they can share and talk about their feelings). Having a Gik for boys and girls are quite a common thing in Thailand. All the soap operas in Thailand are based on just one story – The guy or the girl has a Gik (English translation would be someone between a F**K buddy and more than a friend), usually the story revolves around all this.
It’s quite strange, but unfortunately or fortunately, it’s quite a common thing in Thailand.
All movies and series in Thailand have the same story plot. A man is involved in an extra marital affair or a girl has a Gik. So, it’s a part of their culture now, even though they don’t realize it.

They are Asain so of course they have attributes of womanhood which makes them behave and look fantastic and the most importantly they have a great body and wear more sexy clothes than western girls. Japanese girls are the best in all this however, Thai girls lag few points behind them.

It’s not too hard to get a Thai girlfriend. They are quite easy to be convinced but not all of them. They tend to trust men quickly. They love chatting, they are online on Dating websites to find a boy friend.
Many a times they are in a relationship with a guy who they have never seen in real but have only seen on camera.
Anything written in this post doesn’t refer to all Thai girls but it is my general idea of how Thai girls are? I might be wrong but there is truth and reality up to some extent.

Through this post I am not trying to create any sort of impression about Thai girls. It’s just a blog post of a person who has spend 6 years in Thailand and has a general idea of how Thai girls think. That’s it!!!I would also be delighted if someone else with their own knowledge about Thai girls can comment. 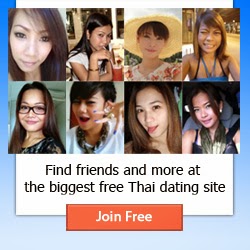 A Common Myth About Thai Girls